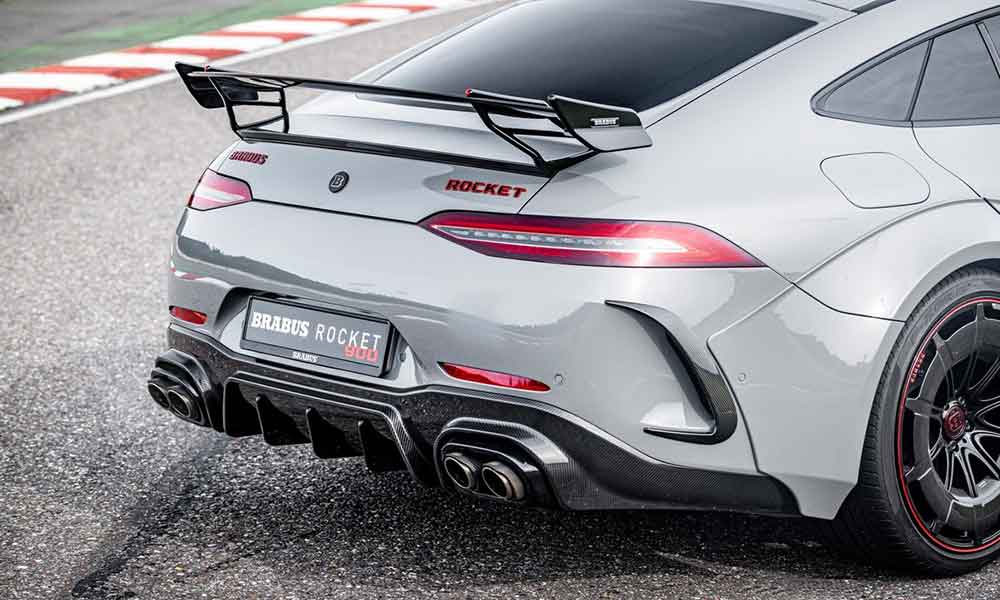 German tuning studio Brabus, which specializes in modifying Mercedes-Benz cars, has presented its new project – 900 hp Rocket 900 One Of Ten.

As it is clear from the name of the version, ten such cars will be built in total, and each will be based on the Mercedes-AMG GT 63 S 4Matic +, The cost of the first copy is 435,800 euros (approximately 39.5 million rubles at the current exchange rate), all cars will have individual trim details, despite the proprietary Rocket attachment, this car did not get the twelve-cylinder engine .

The maximum speed is limited to 330 km / h. The torque was increased from 900 N • m to 1250 N • m. However, when installing the motor in the car, the Germans limited the torque at 1050 N • m in order not to overload the nine-speed Speedshift MCT gearbox, After the modifications, the car received a new aerodynamic body kit made of carbon fiber, this is a front splitter, a diffuser, overlays under the sills, as well as a rear wing. Brabus specialists modified the standard suspension of the Mercedes-AMG GT63 S by installing branded air bellows, which reduced the ground clearance by 25 mm. the car also received mixed-size Monoblock Z forged wheels with a diameter of 21 inches at the front and 22 inches at the rear. The outlet pipes are made of stainless steel.

The interior of the car is lined with leather and Alcantara with gray stitching, sports seats, branded floor mats, as well as red accents on the front console, center tunnel and door cards.

Do you think the price of an exclusive rocket from Brabus for 39 million 500 thousand rubles is reasonable? write your opinion in the comment section.